Last week, Amazon founder CEO Jeff Bezos and his wife Mackenzie announced that they were to divorce after 25 years of marriage.  Of course, no one goes into a marriage hoping that they will separate in the future. However, if the joint statement issued by the couple last Wednesday is anything to go by, the apparently amicable nature of their separation is what most parties entering into a marriage would say that they would want should the marriage end.  The crux of the statement is that they’ve had a great life together; they look forward to moving forward as parents and friends; and they wouldn’t change a thing.

The approach is of course commendable, but it is reasonable to wonder whether it is realistic.  The Bezos’ are in a fairly unique situation in terms of couples going through a separation.  Whilst every situation is of course different, from experience there tend to be three common themes (or a combination thereof) that can cause separations to turn nasty – children; the money and what “wrong” (if any) took place.

For most separating couples who have children, an adjustment has to be made from previously having had their children live with them all of the time, to the children then splitting their time between both parents.  Whilst Bezos has always been relatively private, he is renowned for never arranging a meeting at Amazon before 10am so that he could prioritise family time.  Undoubtedly therefore Bezos will be having to make the same adjustments as many parents in his circumstances (perhaps more).  It seems from what we now know that the couple have been living apart for some time.  It may therefore be that the new norm for them and their children had already bedded in by the time that the separation became public; and it may simply be that the Bezos’ have the sort of financial resources that many of us lack to make arrangements for contact work which might otherwise be tricky.  What will also undoubtedly help is that whilst the Bezos children are not all grown up (the eldest of their four children is 18 years old) they are undoubtedly of an age where they are able to appropriately express a view as to what arrangements they feel will work for them.  In light of the fact that (certainly in Scotland) the views of a child of twelve years or older have significant weight (although they are not always determinative) there is inevitably less conflict resolving care arrangements for older children in anything but very unusual circumstances.

Another common factor which causes conflict is money.  For example, the capital and income pot that previously supported one household may transpire to be simply insufficient to support two households in the same manner.  Such issues can lead to understandable feelings of resentment and vulnerability.  In this case, Jeff Bezos has an estimated wealth of over $137 billion dollars, with his wife said to be worth in excess of $1 billion dollars in her own right.  Even if Mrs Bezos were to receive no more than a tiny proportion of her husband’s wealth, she will have complete security for the rest of her life.

Of course, the circumstances in which a marriage breaks down and the hurt that causes one or both parties, can also result in conflict escalating.  At the time this blog was planned, it seemed that that was not something which need trouble the Bezos’ – on the face of the statement the decision to separate seemed to be one that was taken jointly and amicably.  Details are now emerging in the US regarding Mr Bezos having entered into a relationship with a married television presenter.  Given that he and his wife have been separated for a while however, these revelations may not be in any way relevant to the breakdown of the marriage.

So clearly, all couples cannot be Mr and Mrs Bezos.  Does that mean that it is an inevitability that the breakdown of a marriage need always be hostile?  The answer to that in my experience is no.

It is certainly true that we do act in a lot of cases where, because of one or more of the reasons highlighted above, the relationship as between the two parties has in more than one sense entirely broken down.  Sometimes there is also a belief that if solicitors become involved, we will escalate conflict.  That is simply not the case.  The role of a solicitor in acting for a client who is separating from their partner or spouse is of course to tender legal advice about that party’s rights and entitlements in terms of the relevant legal provisions; and thereafter we will act upon the instructions then given by the client having considered that advice. If our client decides that they want to do something which is disadvantageous to them from a financial and legal perspective, then we will tell them that, but ultimately we act upon the instructions given.  As such, if a couple can find a way forward which they consider would be better for their family than an outcome strictly in line with the legal position, we will not stand in the way of that.

One of the real advantages in Scots Law is that parties can enter into whatever Agreement they wish in terms of the financial and other matters arising from their separation.  Unlike in England, such Agreement does not require to be ratified by the court or even considered by the court at the point of divorce if the parties are content that all matters have been resolved.  As such, we are increasingly seeing clients coming to us having considered the legal advice tendered to them, and then taken that knowledge to directly negotiate a settlement with their spouse or partner.  Our remit is then to ensure that what has been agreed is documented in a way that would be legally binding and enforceable.

Even where parties (often for very good reasons) are unable or where it would be unwise to try to directly agree the terms of settlement, and solicitors become involved in the negotiation process, such discussions are almost always conducted with professionalism and respect on both sides.  We are there to make things better for our clients, not worse!

With that in mind, whilst not every separating couple will be able to do so as companionably as the Bezos’, separating amicably and respectfully is absolutely more than possible. 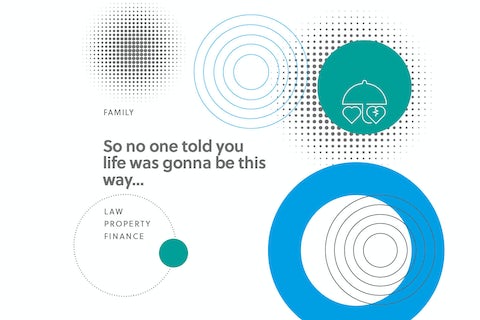 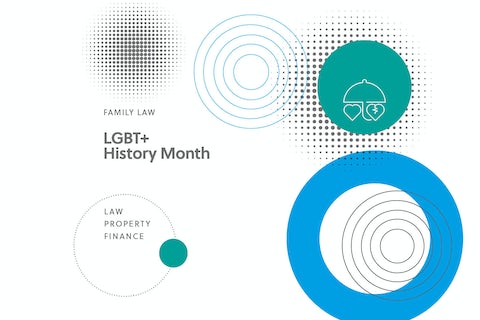