The trip of a lifetime

Completing my Diploma in Legal in Practice at the end of March of this year left me with 5 months to spare before beginning my traineeship with Gilson Gray in September. Knowing that the probability of having another 5-month summer break was unlikely, I decided to go on the trip to of a lifetime: backpacking across South East Asia for 5 weeks.  Soon after completing my studies, I began working full-time in the restaurant where I had held a part-time position in during my diploma in order to fund my travel pot. Typically working a forty-eight-hour week in hospitality was at times gruelling, but the adventure I was about to embark on made all the hard work more than worthwhile.

However, there was one catch that particularly worried my parents: I was going by myself.

Before arriving in SE Asia, I first stopped in Hong Kong, where I stayed with a friend from university who was undertaking an internship there. As a solo female backpacker, this was a brilliant destination to ease myself into my travels. The rich mix of Cantonese culture and British influence meant that I didn’t experience as much of a culture shock compared to that which I would experience later on into my trip. My friend had been living in Hong Kong for almost 3 months at the time, which made her an amazing personal tour guide. She made sure to take me to all the tourist hotspots (Hong Kong Victoria Peak, Lantau Island), as well as more authentic places populated by Hong Kongese people.

After 4 days it was time to move onto the solo part of my adventure: 3 weeks in Thailand followed by 2 weeks in Vietnam where I would meet another friend from university.  The prospect of being by myself for that length of time, in a foreign country which I knew little about was extremely daunting, and on my flight from Hong Kong I questioned why on earth I had thought this was a good idea. However, soon after I arrived in my hostel in Bangkok all of my worries disappeared. I met quite a few people in that first hostel who-like myself-were solo-travellers, many of whom Bangkok was also their first stop. Quickly, I discovered that we were all equally nervous yet excited for what was to come on our respective trips.

Together on that first night, we decided to visit the popular Khaosan Road, a hub in the middle of the backpacking district in Bangkok. Despite the stories we had heard from friends and acquaintances who had visited Bangkok, nobody in my group fully expected what can only be described as the organised chaos of the city. On the ten-minute walk from our hostel, I think we were each almost run over by mopeds at least twice (I cannot highlight enough the stress of crossing roads in the middle of waves of weaving SE Asian traffic. Any tourist’s best bet is to just stride confidently and hope for the best as mopeds snake past, narrowly missing other vehicles and pedestrians along the way). Although it is mainly a pedestrian district, the wonderful chaos ensued as we arrived at the Khaosan Road. Swarms of people populated a long well-lit strip jam-packed with bars, tuk-tuks, and street vendors who sold everything from “gap year” elephant pants to roasted insects on sticks (One friend in my group assured me that insects were an Asian delicacy, but I happily opted to stick to Pad Thai instead throughout my trip). The best thing about the Khaosan Road-except from the £1 beers on offer in the various bars- was undoubtedly the array of different people I encountered, who were also travelling either by themselves or in small groups. By the end of the end of the night, I had met at least another dozen solo-travellers, all from different parts of the world with different stories to tell. Throughout my time in Thailand and in Vietnam, I found the vast number of solo-travellers common in almost every destination I visited.

Before I left for South-East Asia, a few of my friends and family expressed their concern that I would be unsafe and lonely travelling a different part of the world by myself. I can honestly say that I found my travel experience the complete opposite. I felt very safe throughout my trip-generally Thai and Vietnamese people are very welcoming and helpful. Secondly, and maybe surprisingly, I found traveling by myself not to be lonely at all but in fact a very sociable experience. Solo backpacking is a trip which is entirely what you make of it. Being by myself encouraged me to meet new people and friends in the hostels I stayed at, pushing me well out of my comfort zone. In every single place I visited, it became increasingly easier to begin chatting to people in the dorms, in hostel bars, and on long haul buses and trains in between stops.

Doing your research is also important when deciding on the best places to go solo-travelling. Knowing that I would be undertaking a large part of my trip by myself, I chose destinations that were popular with travellers. I spoke to friends who had previously visited SE Asia for recommendations and read numerous blog posts which provided a good basis for my plans. Additionally, when it came to booking accommodation, I always made sure to book hostels which had favourable reviews from solo-travellers. Many of the best hostels would offer group activities ato nd sightseeing expeditions during the day, buffet dinners, and pub crawls-all of which were fantastic ways to meet new people.

However, I was happy to meet my other friend from university in Hanoi. The main thing I found slightly odd about solo-travelling was not having a set person or group of people to spend most of my time with during the holiday. Almost always, the people I met along the way-like myself- would have a plan of where they would like to visit and their own timescales to do it. Resultantly, after making a group of friends from one particular stop, we would all go our separate ways after a few days to go elsewhere in SE Asia. Occasionally, I crossed paths later on with people I had met earlier on in my trip, but this was rare. It was nice have a familiar face for the last few weeks while I travelled the north of Vietnam.

I would highly recommend for everyone to do a little bit of travelling by themselves. The time I spent in SE Asia was amazing and travelling by myself for part of it was a terrific experience. Being pushed out of my comfort zone made me more confident in being able to speak to people, something which I am sure I will be grateful for throughout my traineeship and subsequent legal career. 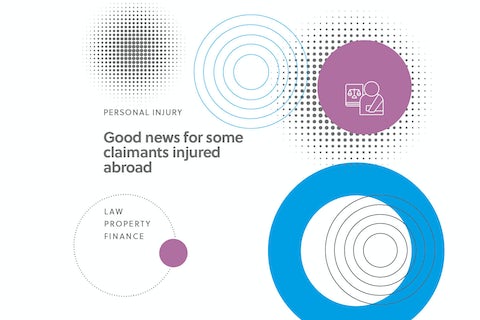 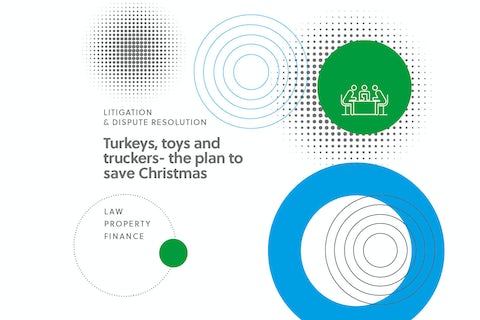 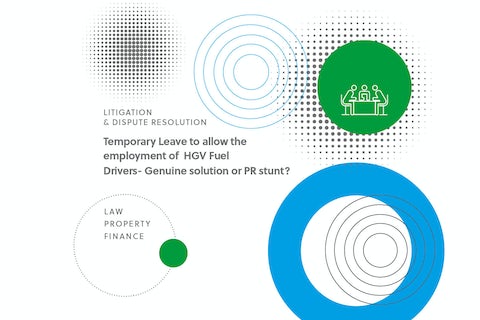 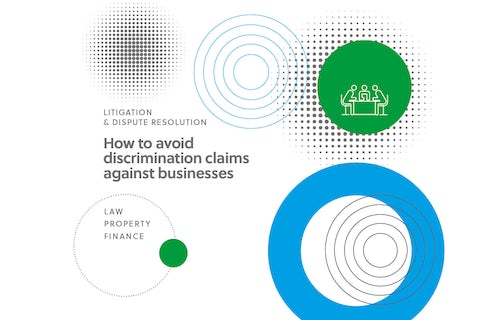 How to avoid discrimination claims against businesses
Full article 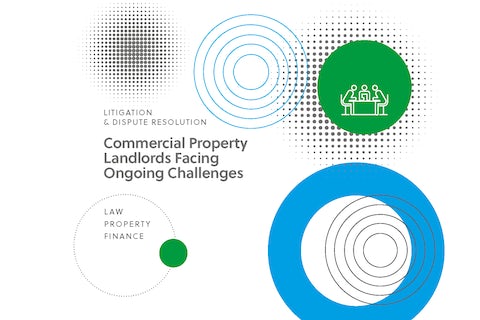